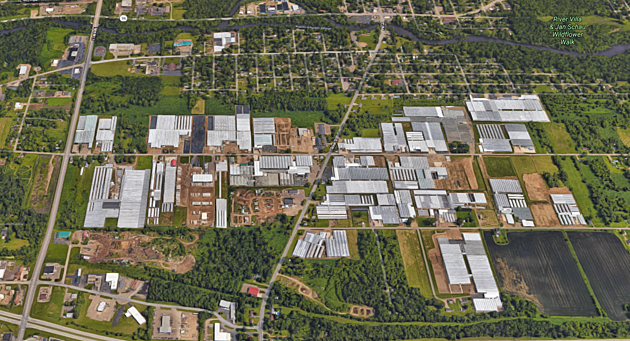 Comstock makes you think of Bell's Brewery, Midlink and those crazy double roundabouts on Sprinkle road. But does it make you think of bedding plants?

Comstock was once home to a large General Motors plant that is now Midlink. Bell's Brewery has made several additions to it's Comstock bottling plant in the last 5 years. Greenhouses have been here long before either of these places and have grown, unnoticed ever since.

In fact, Wikipedia says this about Comstock.

The fertile soil along the Kalamazoo River valley led the Comstock area to become known as the Bedding Plant Capital of the World. Comstock Township is home to the largest bedding plant cooperative in the United States. Hundreds of thousands of plants, many varieties of which can be found throughout the county's parks and boulevards, are sold each year to retail garden centers nationwide

Along with this, there are several parks and recreation areas, Golf courses and of course, the new Ziegler Motorsports dealership.

Kalamazoo and Comstock:5 BEST PLACES TO KAYAK IN KALAMAZOO

Filed Under: comstock
Categories: Articles
Comments
Leave A Comment
Back To Top